Vadim’s core expertise encompasses: criminal law and criminal proceedings: legal regulation of entrepreneurial and other economic activity; constitutional and state law; protection of human rights and fundamental freedoms; legislation on advocacy and the bar, and attorney professional ethics. He handles very complex and high-profile cases, and cases with a significant foreign component. Ensures criminal law compliance. Vadim participates proactively in drafting legislative as a member of  different working groups and in the expert analysis of regulations, including on the federal level.

May 2020 – present: a member of the Public Press Complaints Collegium (the Chamber of Media Audience).

Vadim has been an attorney since 2005. In this capacity he participated in a number of high-profile cases, in particular:

- For seven years (2007-2014) he headed the Russian defence team of the former head of YUKOS, Mikhail Khodorkovsky.

- Representing the victims, he won a case concerning an attack on worshippers at the Moscow synagogue on Bolshaya Bronnaya Street in January 2006.

- He is defending Y.S. Pivovarov, a member of the Russian Academy of Sciences.

- Led for the defence of Israeli and US citizen N. Issachar released by the President of Russia pursuant to a Decree of Pardon.

- Was the defence counsel for civil activists, the leaders of civil protest in Ingushetia.

In 1999 he was elected managing director of Nosta Metallhandels GmbH (Germany), which supplied raw materials and sold the products of NOSTA OJSC (Orsk-Khalikovo Iron and Steel Works).

From 1995 to 2000 he was vice president and deputy CEO of the Stiltex Group. His responsibilities included legal support, PR/GR, security and HR.

From 2000 to 2002 Vadim was vice president of Tyumen Oil Company OJSC. He was in charge of work on major projects aimed at developing the company’s resource base (a project for the development of the Uvat group of fields, the Kovytka field, etc.)

From 2002 to 2003 he was a member of the Management Board and senior vice president for Internal Affairs at SIDANKO Oil Company OJSC.

From 2003 to 2004 Vadim was member of the Management Board and first vice president of Nobel Oil CJSC, assuming responsibility for asset and business management.

Vadim is the author of numerous publications on legal and related issues in trade publications and the general media. He is a member of the international team of authors of the monograph “Supremacy of the Law and Problems Ensuring it in Law Enforcement Practice”. He is also a member of the editorial board of the journal Moscow Advocacy and oversees the Bulletin, a publication of the Moscow Bar Association.

Candidate of Historical Sciences. He is proficient in English. 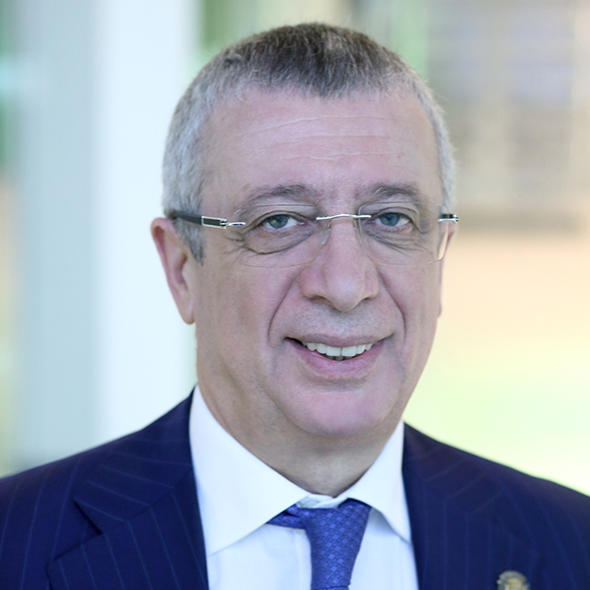